The Dutch Presence in Tobago

In November, a virtual lecture series titled: ‘From Vlissingen to Nieuw Walcheren: The Dutch Presence in Tobago & The West Indies’ will be launched.

The lecture series explores the Dutch colonial legacy in the Region.

“This event is an important part of the history and culture of Tobago. The history of the Dutch is little known on the island. The Dutch had a continuous presence from 1632-1666. They established six well-equipped sugar factories and Tobago was an early sugar exporter in the 17th Century.

The general hope of this lecture series, she added, is to build cultural ties between the Netherlands and Trinidad and Tobago.

Each session will explore a different aspect of the Dutch presence. It starts with ‘Archaeology of a Naval Battle, Tobago 1677’, presented by Professor of Archeology at the University of Connecticut Kroum Batchvarov.

The sessions will run every Friday, from November 5th, at 10:00 am on the Zoom platform. For more information on this series, contact Tobago Library Services at 639-3593 Ext. 1212 or visit https://nationaltrust.tt/the-dutch-presence-in-tobago-the-west-indies/. 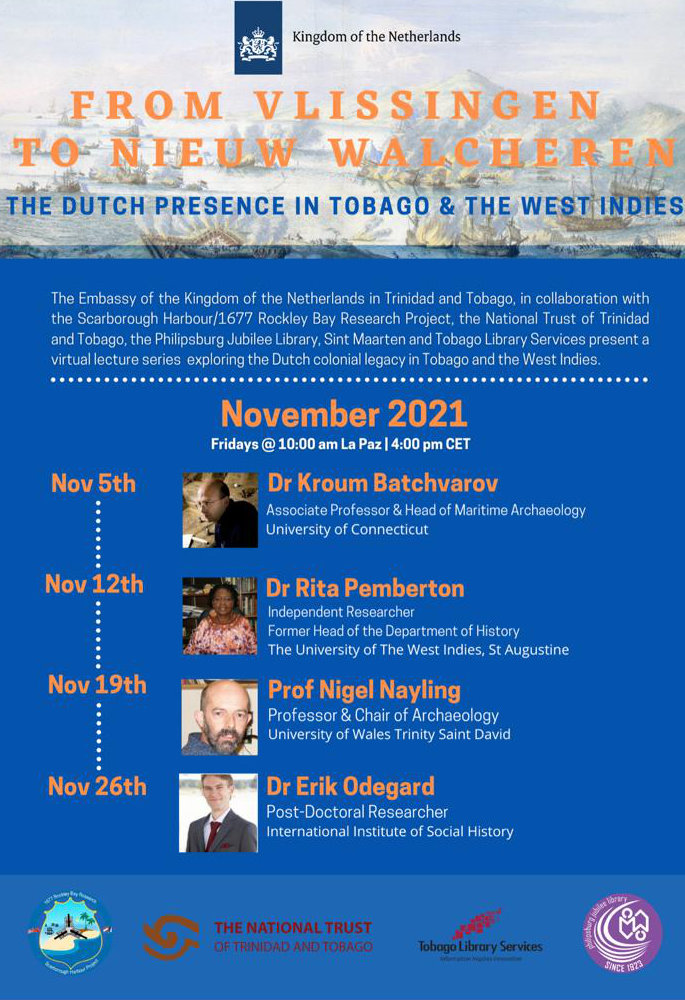